Arachova is a alpine, picturesque village, which is built in the roots of mountain Parnassos and it's located 157 kilometers from the city of Athens.

The village abstains hardly 8 kilometers from the ski centre of Parnassos, which is one of most well-organized ski centers of Greece and the nearest to Athens.

Destination for every season of the year, as it's offered for ski and other wintry sports and also for beautiful walks and ways as this in "Korykeio Antro", an impressive cave with stalagmites and stalactites.

In distance of 8 kilometers from Arachova, are located Delphi, which are famous for the oracle and for homonym archaeological space. According to the ancient history of Greece in this point it was functioned the most famous oracle in antiquity that was dedicated in god Apollo. People from the all then known world visited the oracle in order to learn about the future from the Pythia, priestess of Apollo. Entering and walking inside the archaeological space, there are oblations from the cities of ancient Greece, with most impressive, that of the city of Athens. Beyond the temple of Apollo, the ancient theatre, the stadium and the Castalia spring, it's worth to visit the archaeological museum, that between the exhibits are found famous sculptures, as that of "Charioteer", the "Sphinx of Naxos", the "Omphalos of Earth", as well as the statues of two twin kourous "Biton and Kleobis".

An excursion near to Athens that combines the beauty of greek nature and the rich history of Greece. 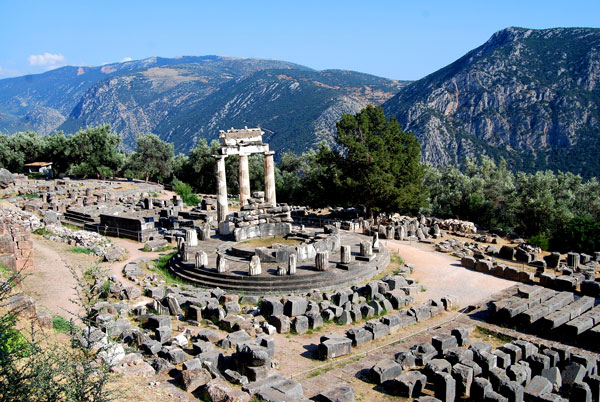